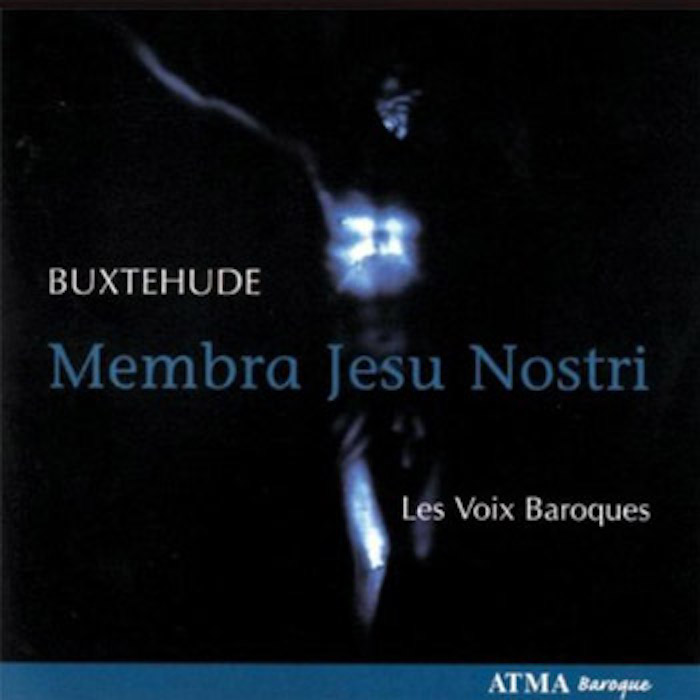 Though his works are not as widely performed, Buxtehude’s genius is comparable to that of Bach’s. His 1680 Membra Jesu nostri is a remarkable cycle of seven cantatas in Latin, based on the poem Rythmica Oratio by Bernard de Clairvaux.

The text praises the body of Christ, and the cantatas are organized accordingly, with sections devoted to the feet, the knees, the hands, the side, the breast, the face and the heart. The choral sections are performed one-per-part and feature some of Canada’s most gifted soloists, including soprano Suzie LeBlanc and countertenor Matthew White.