Suzie LeBlanc is a world-renowned interdisciplinary artist. Curious, nuanced and passionate, she sings and conducts to discover and share the beauty and emotional charge of music. Known for her interpretation of baroque, classical, contemporary, and Acadian works, she is acclaimed for her eclectic and original projects.

The charismatic soprano sang in the choirs of her native Acadia and discovered her passion for early music while attending a concert of the Studio de musique ancienne de Montréal in 1976. When she performed at the Wigmore Hall in 1985 with the New World Consort (Vancouver), a music critic from The Listener wrote: "I must listen to more early music especially when this lady is singing it." She replaced soprano Emma Kirkby in the vocal ensemble The Consort of Musicke in 1987/88. After a concert with the Consort in Jerusalem, the title of the review read "A star is born" and Suzie's international career was launched." She lived in Europe for 12 years and worked with ensembles such as Tragicomedia, Musica Secreta, The Purcell Quartet, Fretwork and The Hilliard Ensemble.

She returned to Canada in the year 2000 singing the role of Poppea in Monteverdi’s L’Incoronazione di Poppea with L’Opéra de Montréal, conducted by Yannick Nézet-Seguin.  Suzie and Yannick then recorded a disc of Mozart lieder for ATMA Classique.

Over the years, Suzie has collaborated with several ensembles in Europe and North America and produced her own projects. A return to her Acadian roots gave birth to recordings La Mer Jolie (2004), Tout Passe (2007) and La Veillée de Noël (2014). She is interested in women’s music, particularly sacred music in the convents of the 17th century. In 2019, she directed the Studio de Musique Ancienne in a programme entitled L’Italie baroque au féminin. She will direct this ensemble again in 2022 in a programme centered around Christina of Sweden also known as the Girl King.

A singing career often necessitates a nomadic existence and this has facilitated Suzie’s personal interest in a symbolic and universal exploration of human migration. She has walked hundreds of kilometres while preparing some of her projects. In 2008 Suzie walked the Avalon Peninsula in Newfoundland accompanied by artist and videographer Linda Rae Dornan following in the footsteps of poet Elizabeth Bishop 76 years prior in 1932. This pilgrimage inspired her to commission four Canadian composers to create contemporary musical works set to Bishop’s poetry. Her resulting album “I am in need of music” (Centrediscs) was released in 2013 in conjunction with Dornan’s mini-documentary of their voyage called “Walking with EB”. “I am in need of music” was awarded Best Classical Album in 2014 by the ECMA.

Suzie starred in the film “Lost Song“ directed by Rodrigue Jean which premiered at the Toronto International Film Festival (TIFF) and won the City TV Best Canadian Feature Award. She can also be seen in two films, “More than a thousand kisses” and “Suzie LeBlanc and a man named Quantz” by the late Robert Chesterman for Prometheus Productions as well as in “Suzie LeBlanc : a musical Quest” by Donald Winkler.

Moved by the migrations of her Acadian ancestors following the “Great Expulsion” of 1755, she was keen to work with composer Jerôme Blais on a multimedia show called “Mouvance” in 2019. This production unites the words of 13 contemporary Acadian poets to Blais’s original music for soprano, clarinet, cello, electric guitar, and percussion. The pivotal project reunited several of Suzie’s passions; research, pilgrimage, poetry and music.

Appointed to the Order of Canada in 2015, Suzie has earned four honorary doctorates for her contribution to early music and Acadian culture. She is on the voice faculty at McGill University where she directs the early music vocal ensemble Cappella Antica. Artistic director of Le Nouvel Opéra, she is also the patron of the Elizabeth Bishop Society in Nova-Scotia. 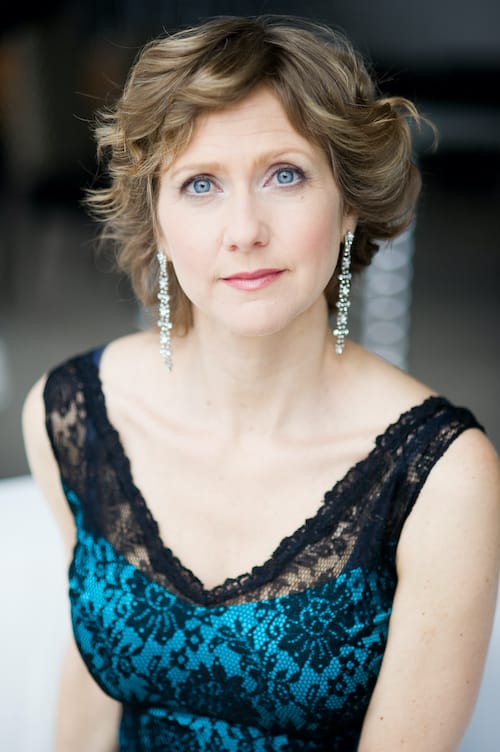