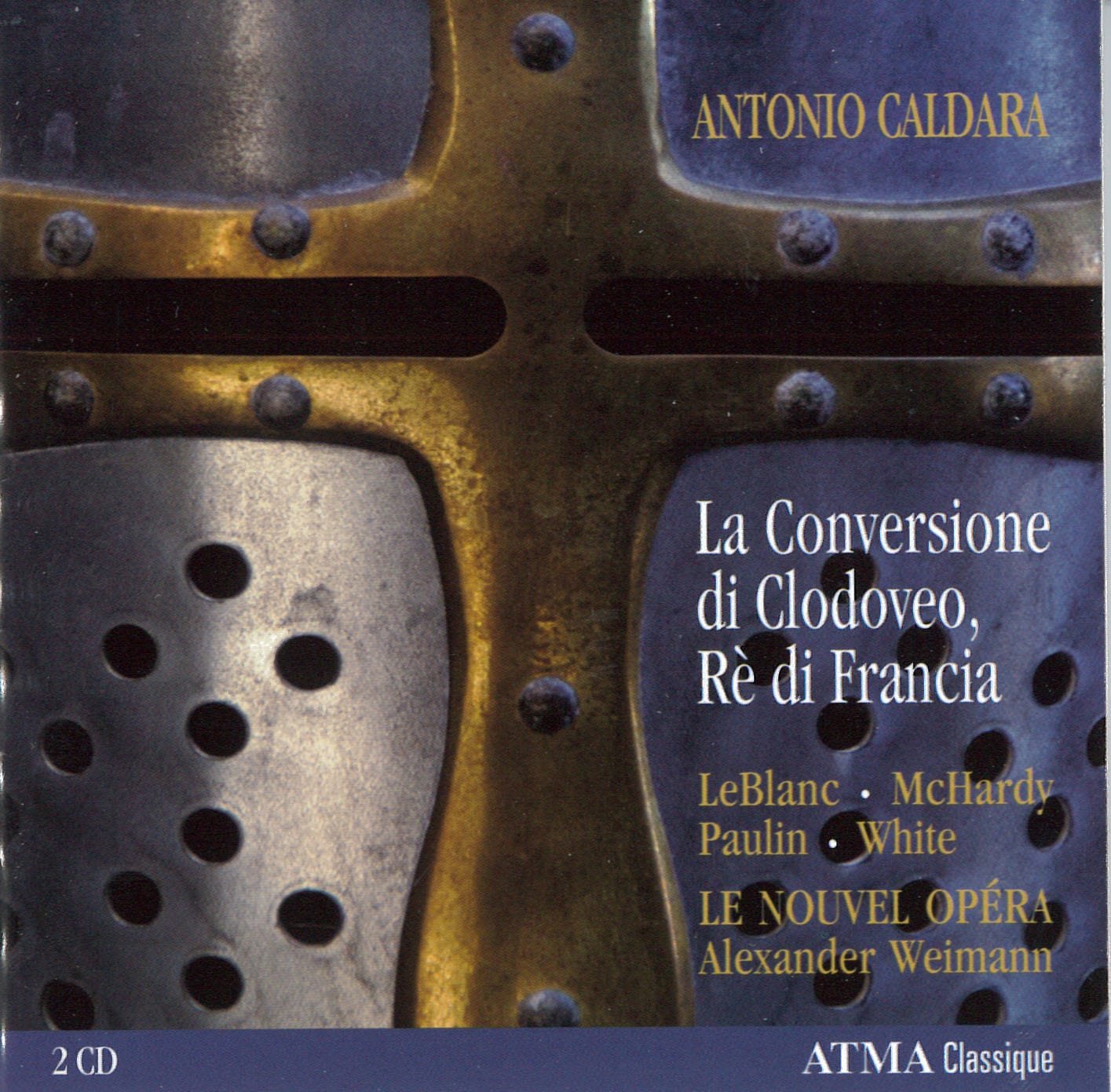 La Conversione di Clodoveo is scored for four solo voices and an ensemble of strings and winds. The all-Canadian cast on this recording features mezzo-soprano Allyson McHardy in the role of Clodoveo; soprano Nathalie Paulin in the role of Clotilde, the king’s wife; Suzie LeBlanc as San Remigio; and countertenor Matthew White as Uberto.

One of the most interesting and appealing composers of the Italian Baroque, Antonio Caldara was also one of the most prolific in the history of music. Caldara left several hundred works, including more than 80 operas, 38 oratorios, 100 cantatas, hundreds of motets, more than 20 masses, several sonatas, madrigals, and about 300 vocal canons.