This compilation of Handel performances by soprano Suzie LeBlanc, drawn from three previously released recordings made between 2001 and 2003, serves as an excellent introduction to this fine singer and stands on its own as a thoughtfully programmed recital. The opening “Lascia ch’io pianga” from Rinaldo shows her clear voice and (thankfully) unaffected style, the emotion captured just right, the phrasing eloquent, the control giving no hint of effort. And this holds true throughout every selection, whether in the six-movement, recently discovered Gloria in excelsis Deo (her impassioned “Qui tollis” is a highlight) or in the more virtuosic rapid runs, lightning-quick turns, and subtle ornaments of “Da Tempeste” from Giulio Cesare. Her arias from Acis & Galatea are as well-sung as any on disc, although in this context, the “Happy we!” duet (with tenor Mark Bleeke) sticks out as one of Handel’s cornier creations. LeBlanc’s various orchestral partners–and flutist Claire Guimond in “Ombre, piante” from Rodelinda–are first-rate, and on two occasions make their separate contributions in the form of an Overture HWV 337 and Sinfonia (the opening movement of Acis). Although originating from different recordings, the sound is consistent and captivating. Lovely! 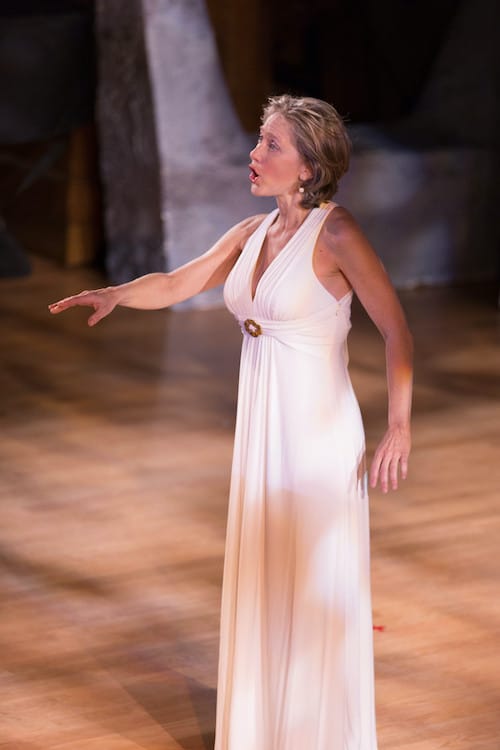